Why did you start playing the drums?
As a young child, I was very inspired by Animal, from the Muppet Show and the movies of The Marks Brothers, who were all multiinstrumentalists and used music in a comedic way to communicate. I tried learning some other instruments, but the drum kit just inspired me the most. My interest in actual bands and their members only started later as a teenager through MTV and Music videos (no Youtube yet!) and I became a big fan of drummers such as Chad Smith, Travis Barker and Dave Grohl (all alternative rock, punk rock bands)

How often do you play?
During times like these when I work from home, I have much more energy to practice and play for fun, so I find myself playing for 2-3 hours a day sometimes. But I equally enjoy time away from the drums to read, be outdoors and explore the world.

Can you share a favourite video or song with us?
The artist Camille has a song called “Seeds” and I hope one day to have a small project that would allow me to perform this: (check out the performance at the Royal Albert Hall)

How could I get started playing the drums?
All you need is enthusiasm and a good relationship to your neighbours 🙂 Many of us grow up thinking that “You either have rhythm, or you don’t!” But that is far from the truth! Be courageous, trust your instincts and enjoy the learning process! It’s very much down to patience with oneself… something I’m still learning to master day by day.

What is your favourite sound to make?
I adore the sound of the lowest tom known as a floor tom, which can sound like a tribal drum. It gives me lots of joy to know that this sound hits my heart as much as it does the audience’s heart, in a unique and ancient connecting manner. It can be quite spiritual, almost magical!

What is your favourite music to play?
At the moment I’m listening to a lot of new music and am trying to imitate what I hear, collaborating with other musicians online for fun. But I would say blues rock and original arrangements from bands always make me forget everything around me and let me dive into the world of music & non-verbal communication. 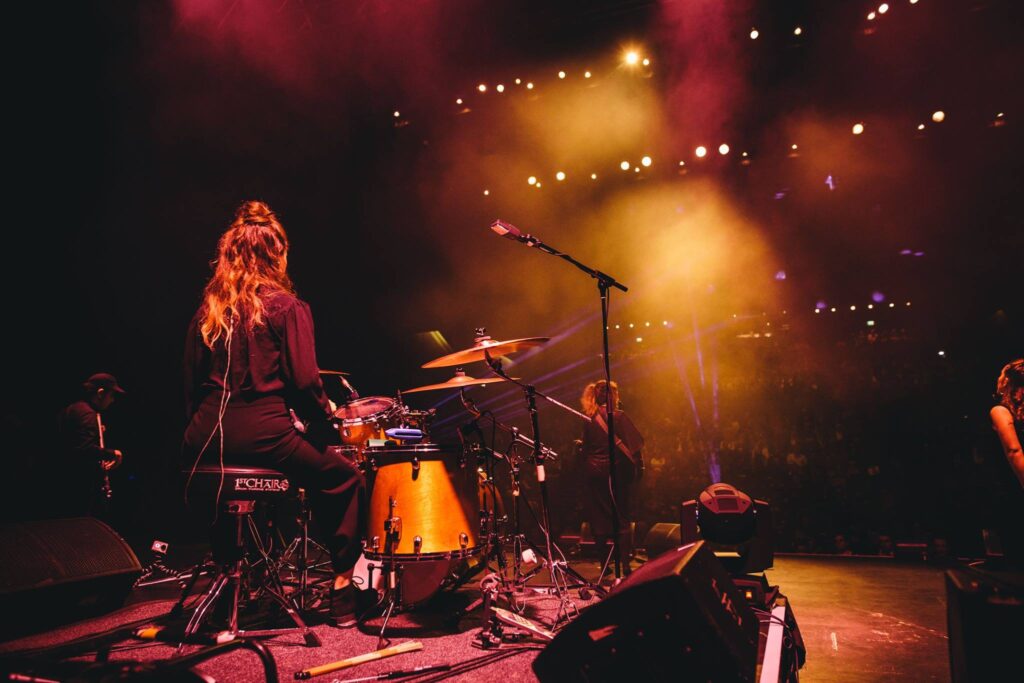